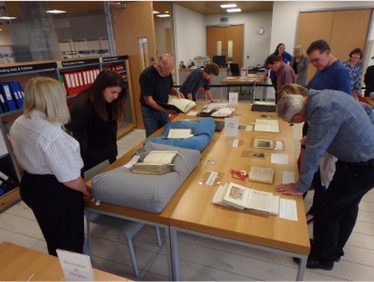 The launch of FoBAH’s Birmingham Children of War project, funded by the Heritage Lottery Fund, took place during Birmingham Heritage Week on 12th September. Visitors to the pop-up exhibition were able to look at a variety of material that had been uncovered in the archives and library stock that sheds light on the experiences of children growing up in Birmingham during the First World War. Prof. Ian Grosvenor gave a short address about the some of the known impacts of the War on children and reminded us that that their experiences, no less than that of their parents, would have a ripple effect down through the following generations.

The launch was well attended and resulted in much positive feedback. It also produced the desired result in helping to recruit new volunteers to the project. There are currently ten volunteers, each of them researching a different theme including schools and education; children’s health; nursery provision; youth employment and the experience of child refugees. The results of their research are being shared as we go along via social media including:
–  the project blog https://birminghamchildrenofwarblog.wordpress.com

The social media postings are receiving attention both from local people interested in Birmingham history and a number of individuals and organisations concerned with the history of childhood. A summary of findings and a resource list will be published in a learning guide at the end of the project. 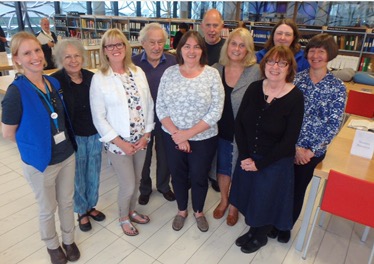 Volunteers are being supported in their research by Project Manager, Liz Palmer and FoBAH Committee Members including Alison Smith and Alison Laitner. Much help and support has also been given by the archives staff, especially Archives Manager, Corinna Rayner and Archivist, Nicola Crews both of whom can be seen here together with the early volunteers who worked so hard to identify the exhibits for the launch exhibition.