On Tuesday 17 June we hosted an archive open evening relating to the life and career of Joseph Chamberlain, one of Birmingham’s most famous political figures. We learned that, as mayor of Birmingham, Chamberlain championed civic reforms, including forcibly purchasing gas and water companies, improving the lives of many citizens. He did more than any other single person to shape the history of the city. Following his ‘Civic Gospel’, Chamberlain remodelled the centre of the city, leaving behind many fine buildings still used today, including the Council House and the Victoria Law Courts, as well as municipal pools, schools and libraries. 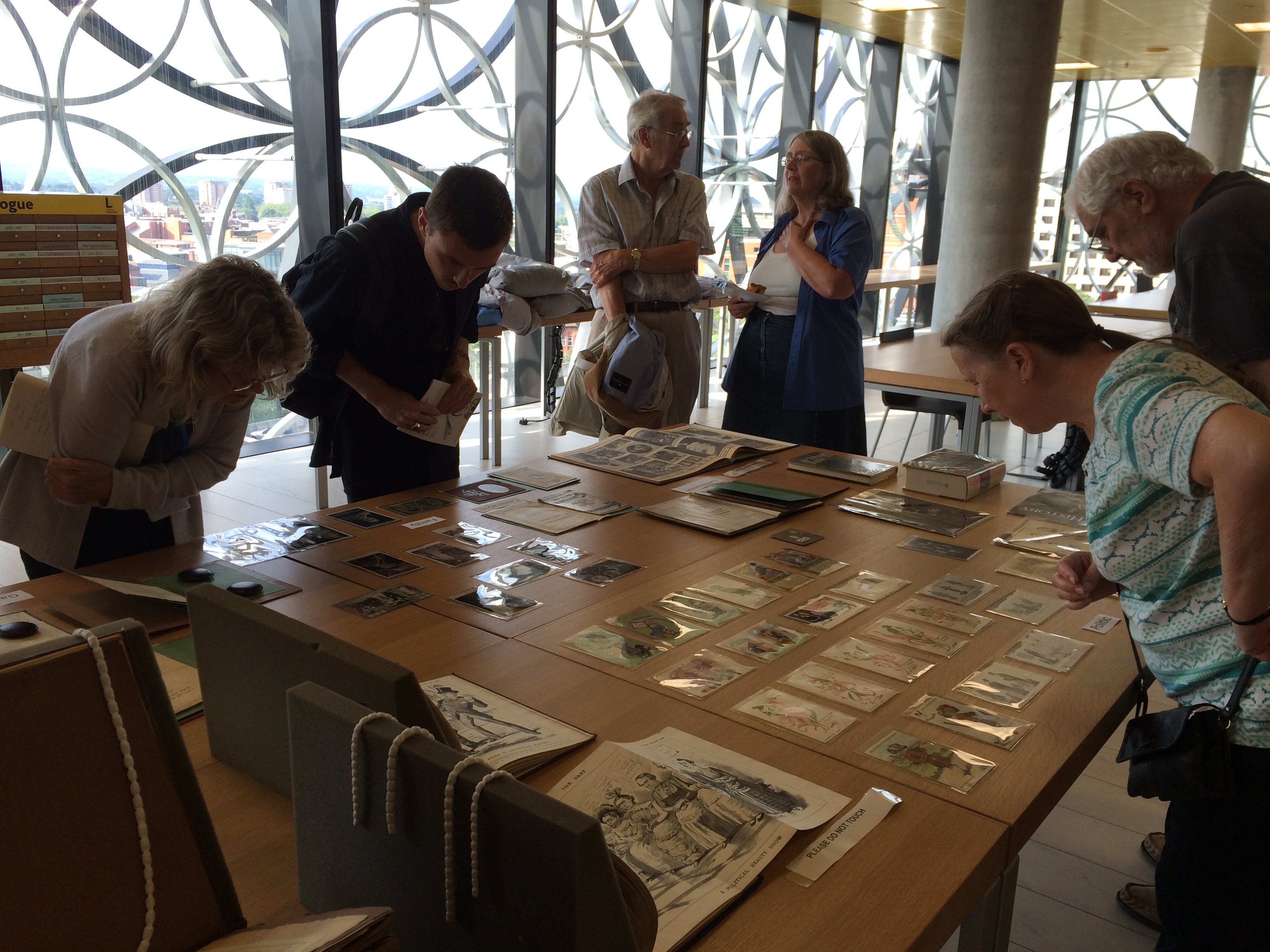 We viewed a range of original archive material including newspaper articles, photographs and other visual resources. It was particularly interesting to study old maps and photographs documenting areas of Birmingham, pre-civic reform, and to view a number of satirical postcards which lampooned Chamberlain’s politics as well as his orchid cultivation.