The Library archives include a great deal of material about life during WW1, much of it in the form of letters and postcards.  This selection, presented to us on 24 January, covered a wide range of this material. There were family photographs of ordinary British soldiers and, in sharp contrast, propaganda postcards of German and Austrian generals pictured in their elaborate full dress uniforms. Also on display was a selection of war-related comic postcards by artists and illustrators who  became  well-known as a consequence.  Among the artists were Bruce Bairnsfather, an officer in the Royal Warwickshire Regiment, Clarence Lawson Wood,who served with distinction in the Royal Flying Corps, and Donald McGill, who worked on anti-German propaganda during the war. Some of the letters and cards sent home from the front had been  carefully collected in family albums and there were a few embroidered billets-doux, made in France for sale to the soldiers.

A particular feature of the selection was material from the Barnes Collection held in the Archive.  Arthur Barnes was a railwayman from Lowestoft., He was in his late thirties when he joined the Royal Suffolk Regiment  early in the war and went on to serve in France.  He was wounded, decorated and eventually became a prisoner of war. This selection of his letters and cards to his wife and daughter  throughout that time offered a very real insight into the anxieties and concerns of  soldiers and their families during and after the war. 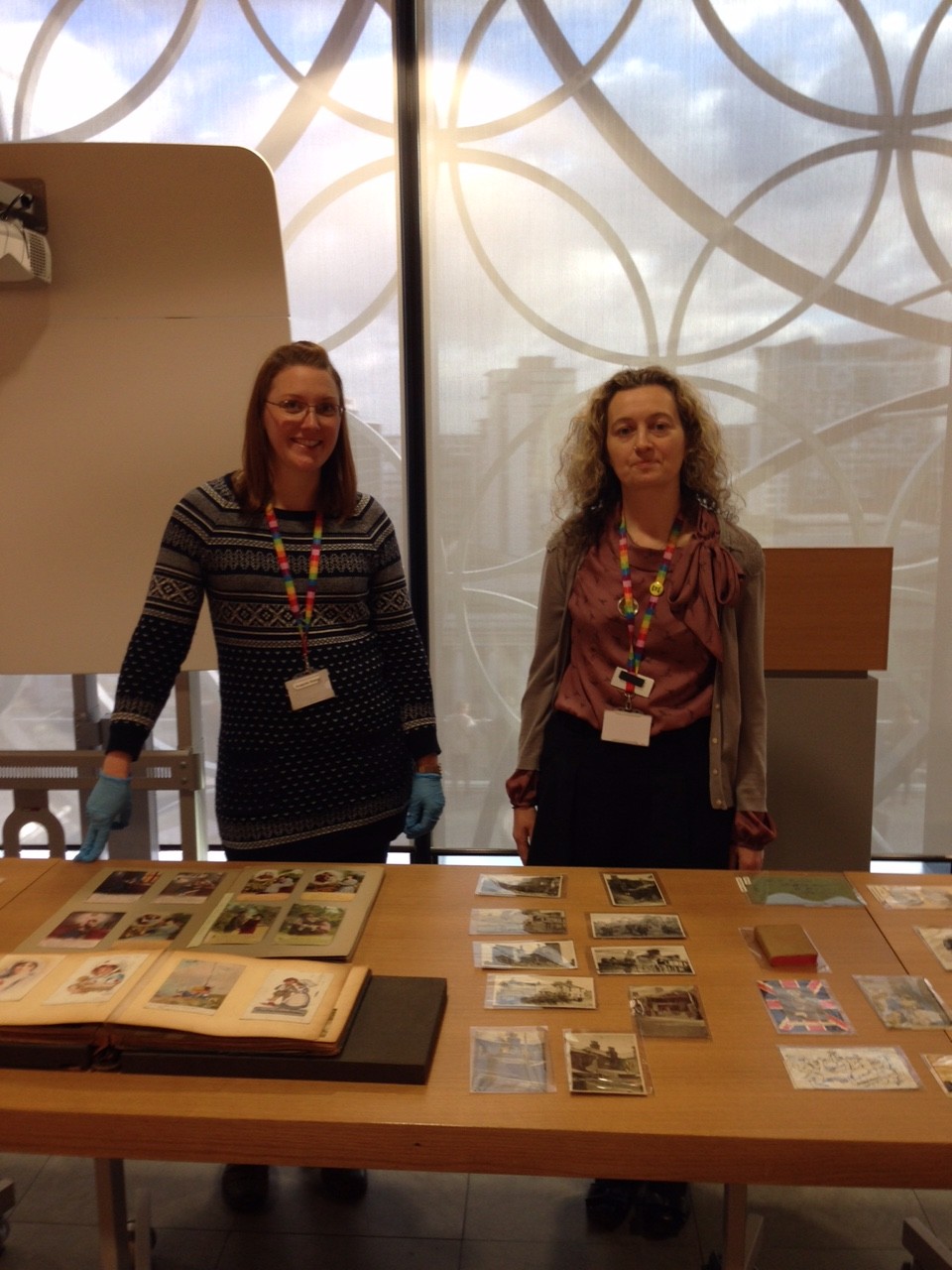